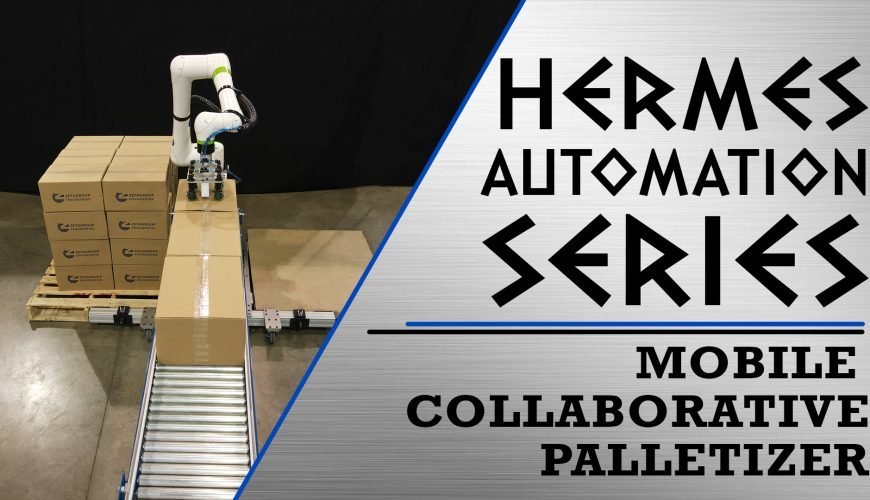 In Greek mythology, Hermes is the god of travel and is a messenger for the gods.

Since a mobile palletizer is able to “travel" between multiple lines, we saw it fitting to name our mobile collaborative palletizer series the Hermes Automation Series.

Due to the mobility of the system, this palletizer system allows you to continuously utilize a single robot between multiple lines.

The benefit of this is that you no longer have the downtime and costs of multiple stationary robots when some lines are not running.

Hermes has many unique features and this blog will give a brief overview of those features.

Hermes is designed so that the FANUC CRX cobot is placed on a mobile platform which can be docked to different stations.

This is what allows for the robot to move between multiple lines.

Because of the simple design of the docking station, the system can quickly redock and power up at a different line in under 5 minutes.

The collaborative nature of the CRX cobot gives this system an additional level of safety.

The CRX has safety force sensors which reduce the need for additional safety fencing or other electronic safety devices.

This means workers can collaborate next to the robot on a given line.

Installing a Hermes Mobile Palletizer is an economical approach to your palletizing needs.

A FANUC CRX is more economical than an industrial robot and therefore reduces the overall cost of a system.

Additionally, being able to utilize the system on multiple lines means that the costs associated with having idle robots is removed.

The mobile platform and docking station as well as the cobot themselves are designed to be compact and space saving.

Hermes can also be utilized for other various applications aside from palletizing.

These applications include case packing, machine tending, and material handling. 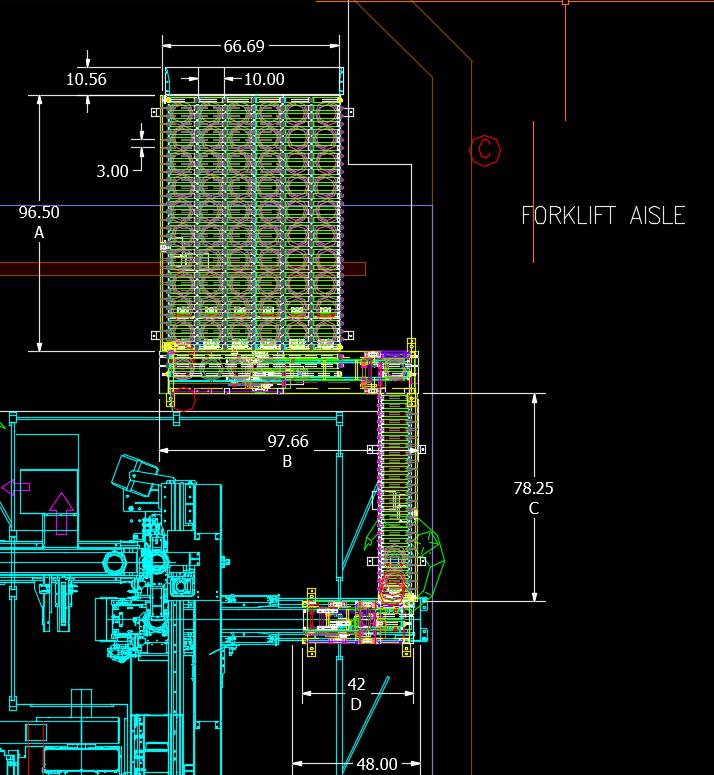 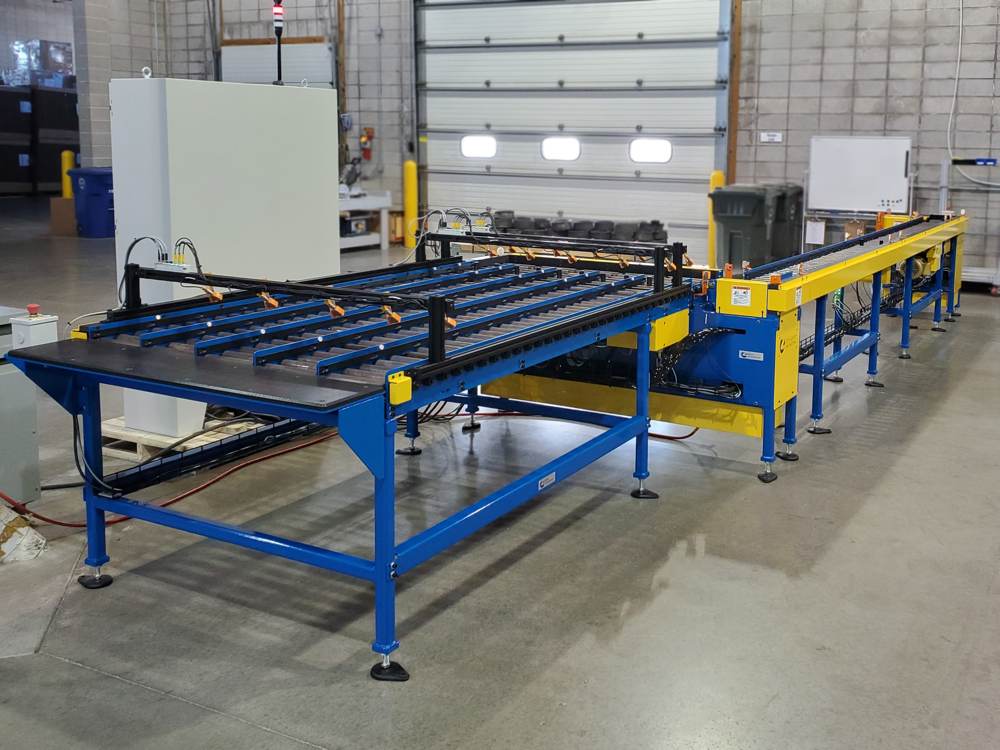